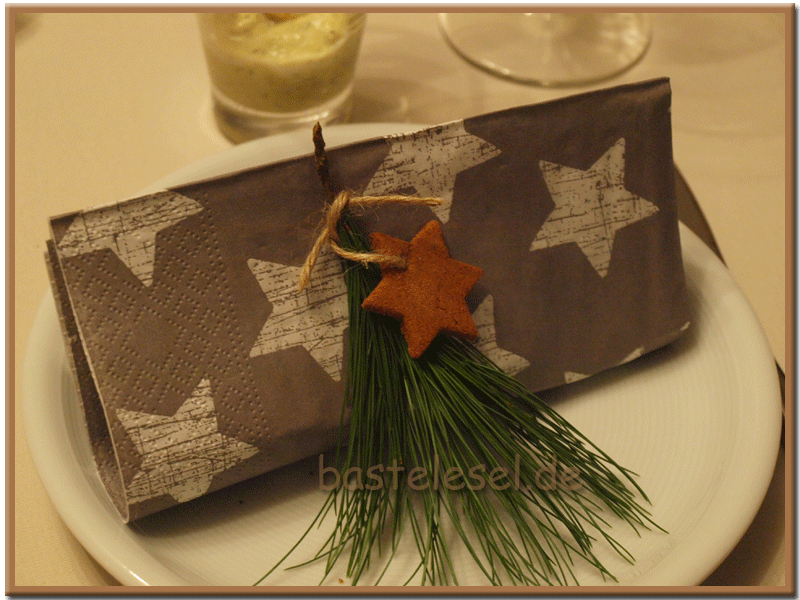 There are stars on the paper napkin too and one with a lovely cinnamon smell is hanging on a little pine twig. I’m referring to an ancient post from 2014 for the instruction of these cinnamon stars. Fix them to a little pine twig with some twine. The plate’s edge will spread the pine needles so that it will lean to the napkin erectly. For the napkin chose a simple folding technique.

Fold the napkin in half, printed side to be seen. Put both small sides to the center line (saved with small cloth pins to take foto) and fold napkin in half again joining both rounded ends. Smoth folding, lift napkin and shake lightly while holding the center fold. Put napkin on a plate standing upright and lean your pine twig against it.